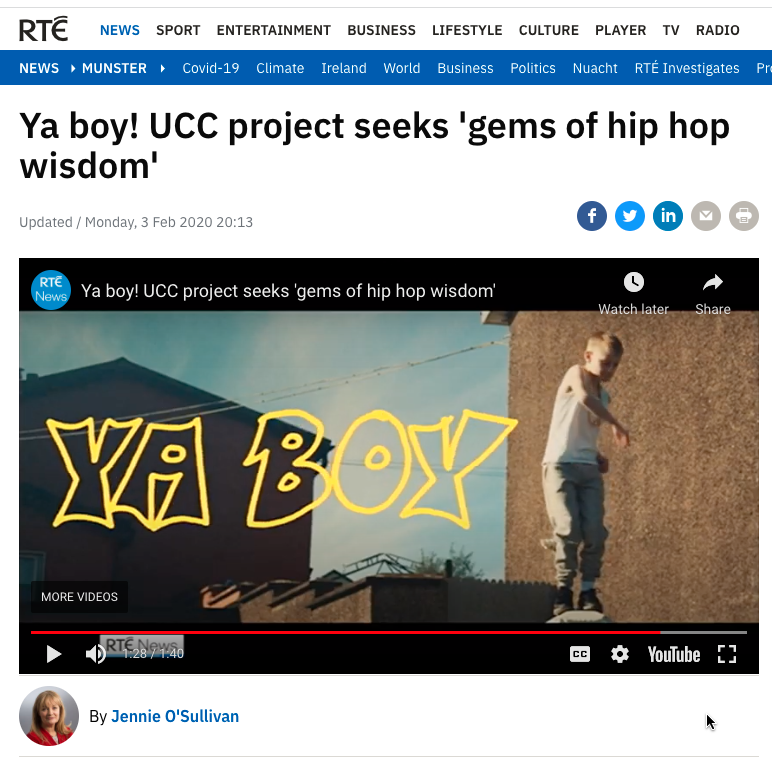 Thanks to Jennie O’Sullivan, who interviewed me, Warrick, and Spek for her news piece on the national RTÉ six one news. As she writes in this piece:

“Hip hop fans from Cork to Capetown are being asked to name their top five artists, tracks, and ‘gems’ of hip hop lyrics as part of a multi-million euro research project at University College Cork.

The global study is being led by Professor J Griffth Rollefson of UCC’s Department of Music, who says by mapping these “gems of hip hop wisdom”, the team hope to see how this music genre with its roots in the Bronx in New York in the 1970s has become popular the world over.

“Hip hop is a culture, it is a way of being in the world, a way of speaking truth to power in many cases, and that’s why we want to look at how hip hop’s message has spread globally.”

The project team are particularly keen to hear “gems of hip hop wisdom”.”

Watch the clip below

Watch the full “Ya Boy” clip below (that’s me on bass, btw!)